Freshservice is a cloud-based IT Service Management solution. Freshservice helps IT organizations streamline their service delivery processes with a strong focus on user experience and employee happiness.

Skyvia has the following limitations for Freshservice:

You can find custom fields in the Freshservice custom objects as well as in the base objects (tables). Among them are: Tickets, Problems, Changes, Agents, Departments, Releases, Requesters, Vendors.

If the field type is not specified in the metadata or it was not possible to determine it, then Skyvia treats such fields as read-only string fields.

Custom fields of the Planning_field type are read-only.

To connect to Freshservice, you need to specify the Domain and API Key. 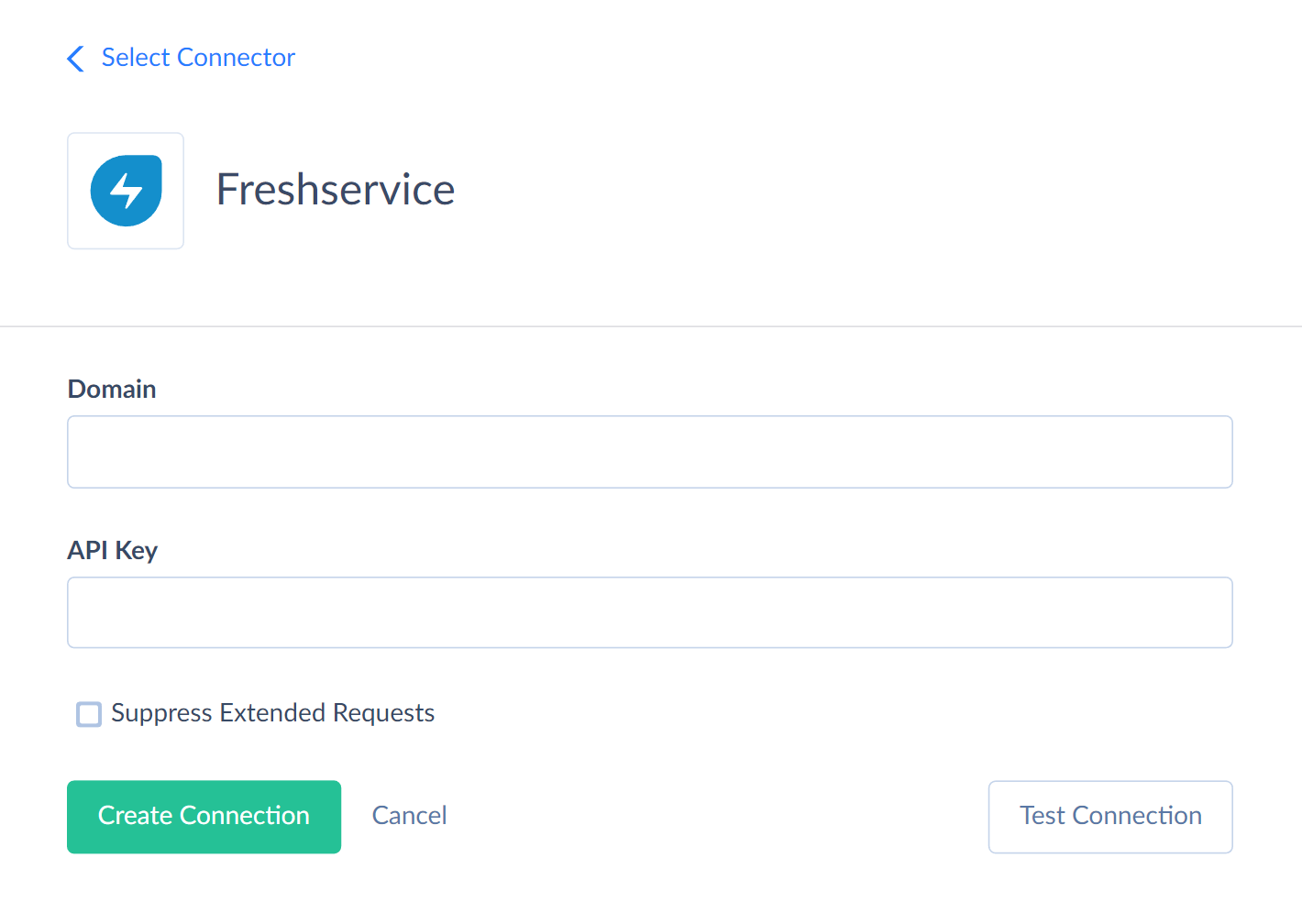 At the end, use the Test Connection button to make sure that the connection is successful and then click Create Connection.

For some objects, Freshservice API returns only part of the fields when querying multiple records. In order to query values of additional fields, Skyvia performs additional extended requests. Such API requests can be performed for each record of such object. However, this can decrease performance and significantly increase the number of API calls used.

To reduce the number of API calls, you can select the Suppress Extended Requests checkbox. However, please note that some of the fields in such objects will not be available in Skyvia (will return empty values) even if they have values in Freshservice because Freshservice API does not return them without extended requests.