EmailOctopus is an easy-to-use and inexpensive email marketing platform for anyone.

EmailOctopus contacts can be accessed only via their lists. EmailOctopus API requires a ListID value to query contacts from a list, and does not allow just querying all the contacts directly. Skyvia does not require specifying ListID values for querying contacts.

If you don’t specify ListID values (for example, in a filter), Skyvia queries all the Lists records first, takes their IDs and then queries Contacts records for each List record. This allows querying child objects without knowing their parents, but this method takes more time and consumes more API calls. It uses at least one API call for every Lists record.

Because of this, it is recommended to use filters on the Lists object fields when querying data from Contacts. This reduces the number of lists, for which Contacts data must be queried.

Skyvia has the following limitations for EmailOctopus:

To connect to EmailOctopus, you need to specify your API Key. 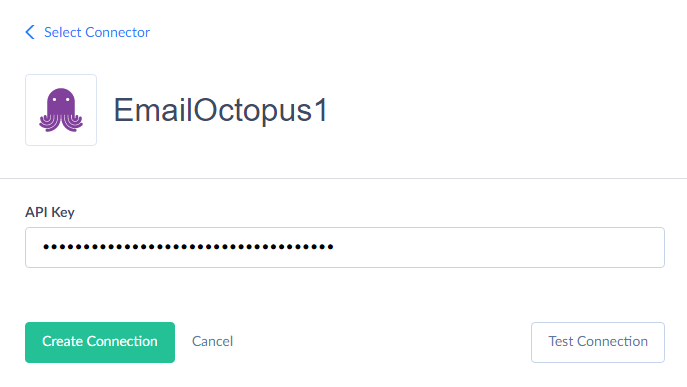