Delighted is a cloud-based customer experience (CX) management solution intended to help small to large-sized enterprises gather and analyze feedback from customers and target audiences by conducting surveys across a variety of platforms.

To create a connection to Delighted, you need to specify your API Key — an automatically generated REST API key used for connecting to Delighted.

The API Key is displayed in the Delighted API documentation in the Introduction topic if you are signed in to Delighted. 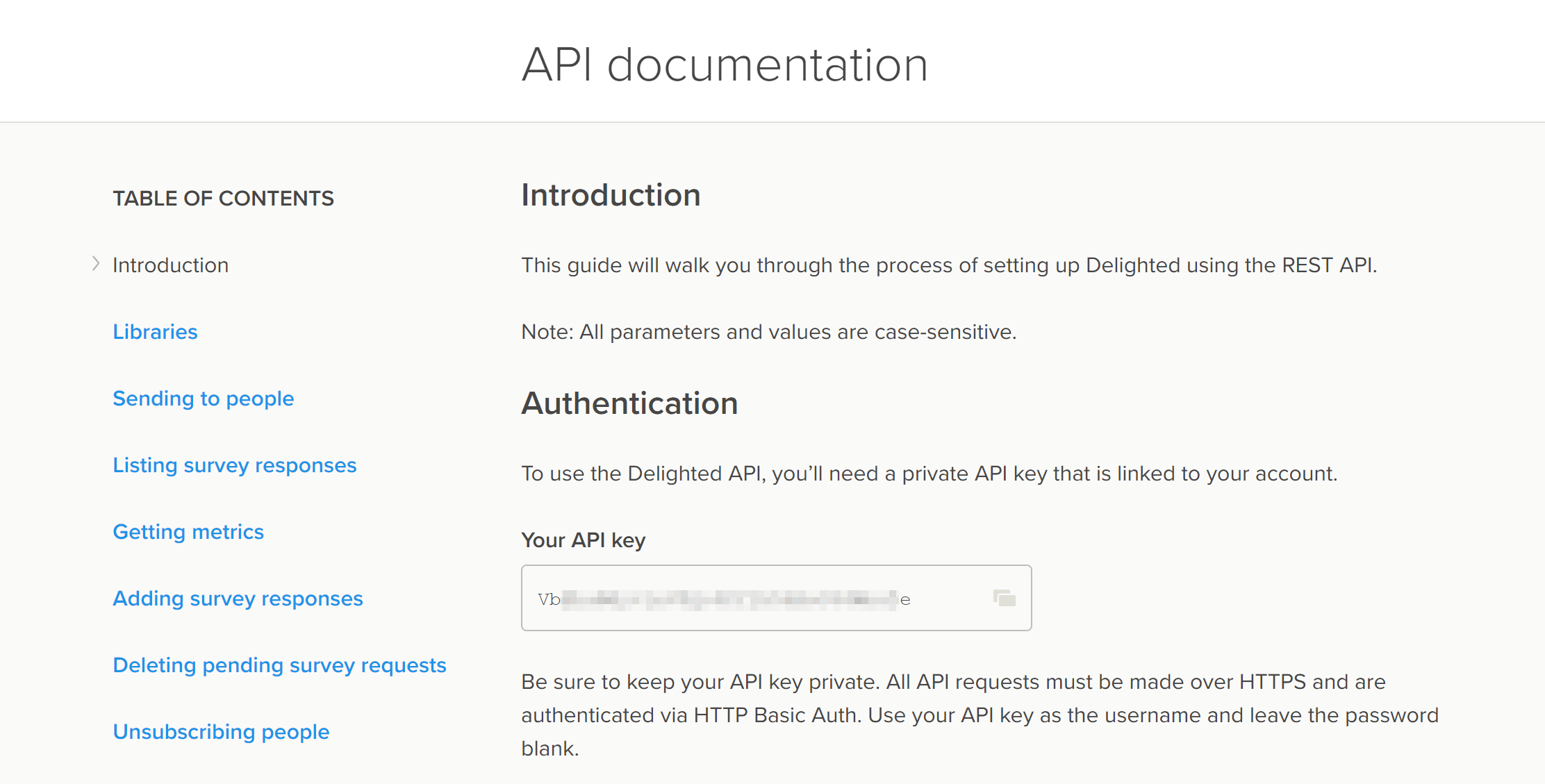 Paste the obtained API key to the API Key field in the connection editor. 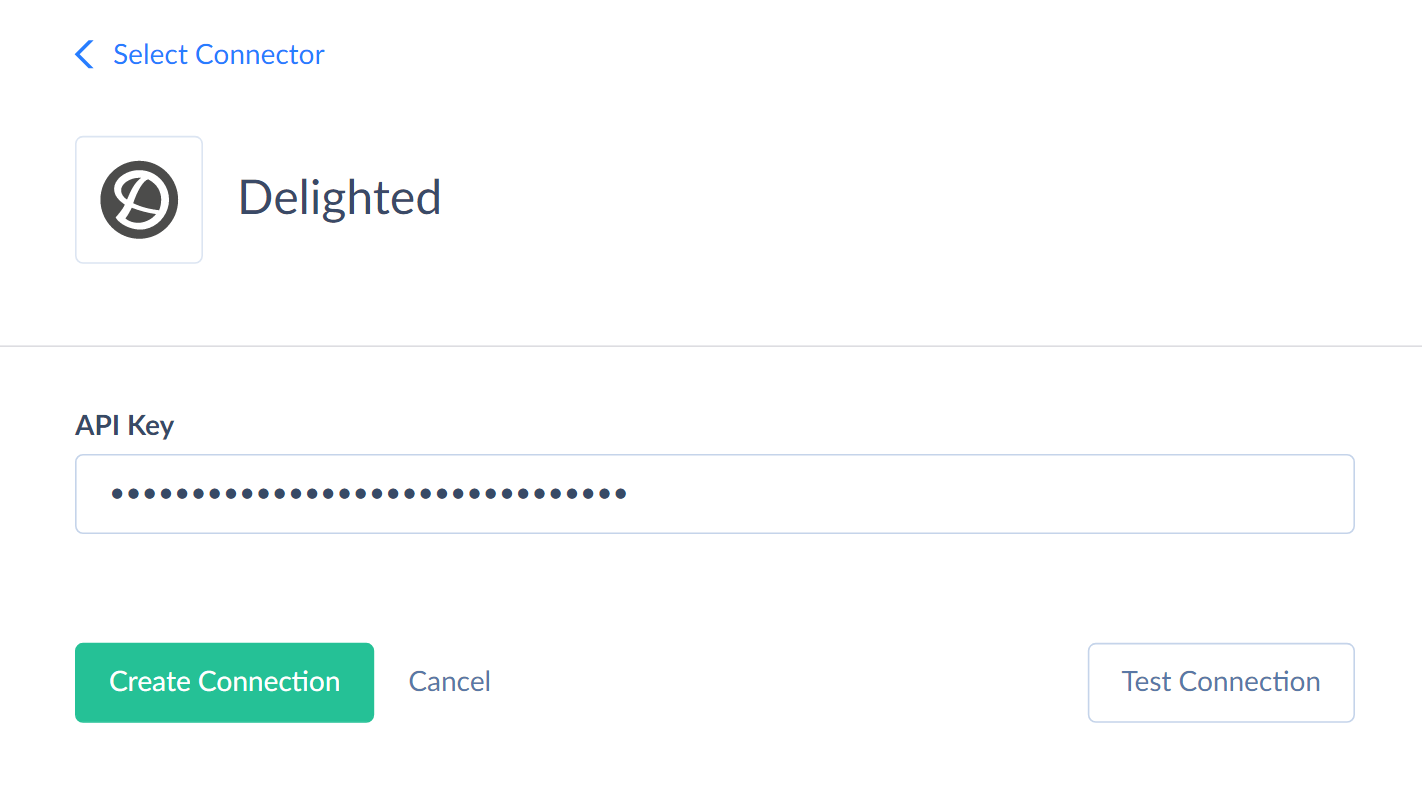 When importing data to the Responses object, the value for the PersonProperties field should be provided as a JSON array of objects, like the following:

When importing data to the People object, the required fields are not defined in the mapping since they depend on the selected Channel type.

Metrics* objects return aggregated information from survey responses as a single row. The set of metrics differs depending on the survey type. Therefore, a separate Metrics object with its own columns has been added for each type of survey. You need to use the Metrics object that matches the survey type in your account.

Skyvia supports Synchronization for objects that contain the CreatedDate and UpdatedDate fields. Thus, only such objects as EmailAutopilotPeople and SMSAutopilotPeople can be fully synchronized.

Skyvia supports Replication with Incremental Updates for objects that contain either the CreatedDate or UpdatedDate fields. Such objects as Responses, EmailAutopilotPeople, SMSAutopilotPeople, SMSAutopilotConfiguration, and EmailAutopilotConfiguration have both CreatedDate and UpdatedDate fields; thus, they can be fully replicated with incremental updates. The People object contains only CreatedDate, so Skyvia detects only new records in it.

Skyvia supports all the common actions for Delighted.