Mailjet is a secure and reliable cloud-based email delivery and tracking platform, which allows users to send marketing and transactional emails.

Skyvia has the following limitations for Mailjet:

You can create a Mailjet connection in Skyvia by clicking +NEW in the top menu and selecting Connection in the menu on the left.

On this page, to connect to Mailjet, you need to specify API Key and Secret Key. 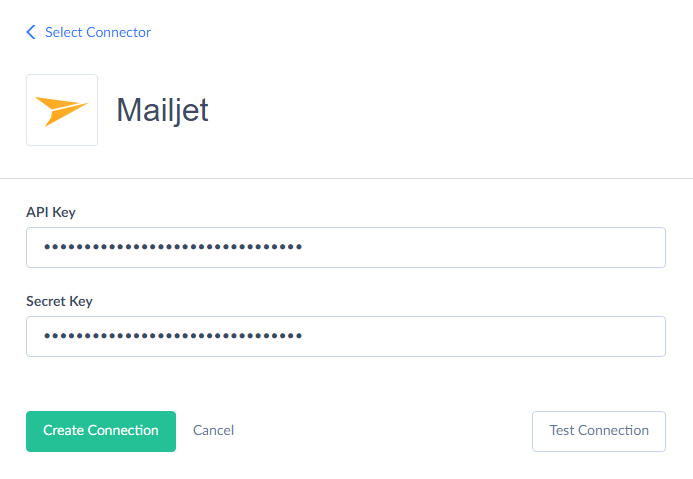 To get your API and Secret Keys for Mailjet REST API, perform the following steps: