You need to specify the following parameters for Freshsales connection: 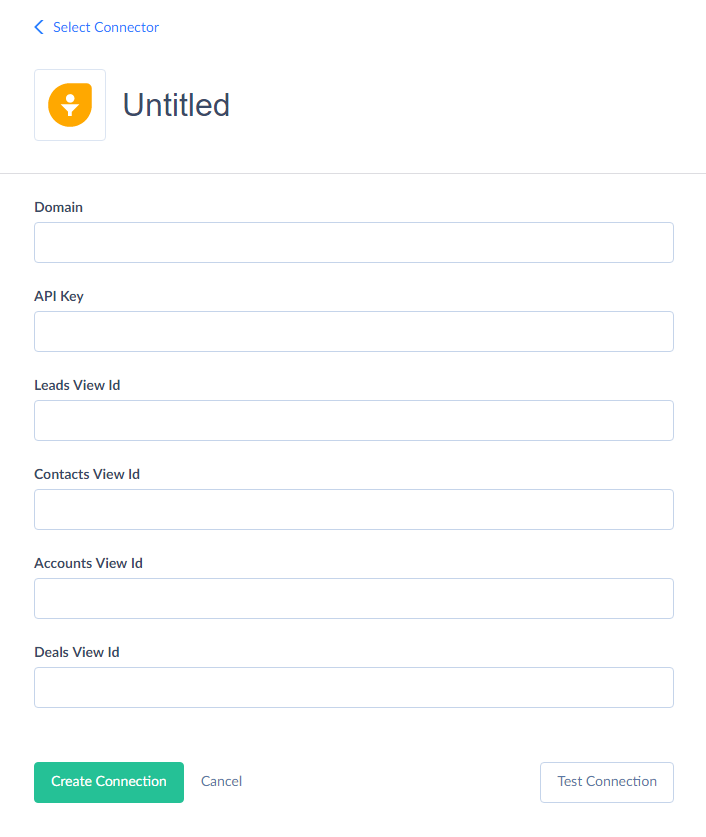 The corresponding view Ids are the Freshsales Ids of the views, displaying all the leads, contacts, accounts, and deals respectively. You can get them in the following way:

In the same way you can get Ids of other views.