Pipedrive is a CRM solution for salespeople in scaling companies built around activity-based selling.

Skyvia has the following limitations for Pipedrive:

To connect to Pipedrive, you need to specify the API Token. 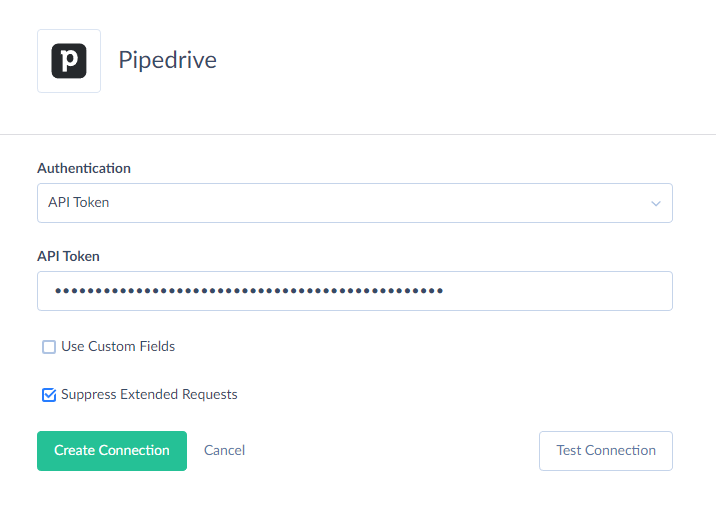 You need to specify the following parameters for Pipedrive connection:

For some objects, Pipedrive API returns only part of the fields when querying multiple records. In order to query values of additional fields, Skyvia performs additional extended requests. Such API requests can be performed for each record of such object. However, this can decrease performance and significantly increase the number of API calls used.

To reduce the number of API calls, you can select the Suppress Extended Requests checkbox. However, please note that some of the fields in such objects will not be available in Skyvia (will return empty values) even if they have values in Pipedrive because its API does not return them without extended requests.